Especially during this season of coronavirus and social distancing, it is important to respect others’ space. This means that even if the shortest way to the lake or the bathroom is through someone’s occupied camping space, you take the long way around. This also means that you shouldn’t let your dogs or your kids wander through other people’s camping spots.

While many people do love furry friends, you need [...] 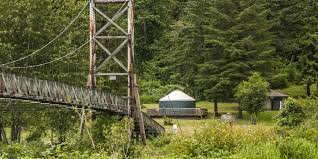 That being said, western Washington is notorious for one thing, more than an other state, and that is RAIN! If you’re exploring the great outdoors any time in between October and June, you can count on liquid sunshine. In fact, some areas like Olympic National Park are best explored [...]