Winter birdwatching on the Olympic Peninsula

Winter is a spectacular time to break out the binoculars and check out the bird action at state parks in Puget Sound and the Strait of Juan de Fuca. Many state parks serve as a regular haven for migratory and year-round bird populations. Cold, clear days on the Olympic Peninsula draw all manner of fowl to fish, float and flit by the water. The dramatic dichotomy of forests butting against rocky shores creates a unique sanctuary for shorebirds and tree dwellers alike. So gather your camera, coat and hat, round up those binoculars and let’s shake a tail feather! BONUS: From February 16 through 19, you can put your birding skills to practical use during the Great Backyard Bird Count! 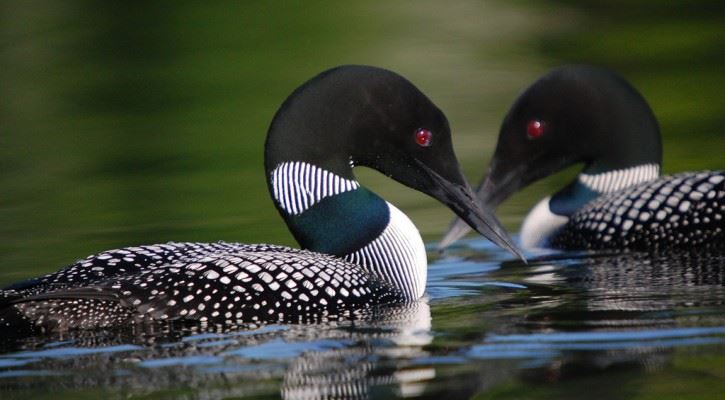 The total mileage of this journey is just shy of 150 miles and a 3.5-hour drive time. Get an early start and hit some or all of the stops in just one day, or make a weekend of it. Either way, a road trip is a relaxing way to vacation and visit state parks. And some sharp shots of beautiful birds would look great on the wall (or make great gifts)!

Start your day at Sequim Bay, and you may even end up staying for a while! On the quiet waters just inside the Olympic rain shadow, this park is surrounded by many great birdwatching areas.

Pick up some literature on birdwatching and regional highlights, and see some great exhibits at the nearby Dungeness River Audubon Center. Then, head over to the park where you just might catch some Arctic terns fighting and fishing as they stop to feed on their 40,000-mile annual migration route. And make way for ducks! This area is home to a variety of waddlers such as northern shovelers and wigeons. Spot golden plovers foraging in the grass. Turn your binoculars—and your ears—inland, and you might catch the red-breasted sapsucker tapping away in search of insects. Then head on down the eastern side of the Peninsula along Highway 101 until you swing north at Discovery Bay onto State Route 20 toward…

There’s no shortage of ducks on the peninsula at this time of year! The American wigeon is just one of the fancy floaters you’ll see around Sequim Bay. Photo courtesy of Skip Russell.

Brants take center stage at Fort Worden! Spot these small geese dabbling for their dinners all along the Strait of Juan de Fuca and Admiralty Inlet’s rocky shores. Keep an eye out for funny, long-billed whimbrels and fluffy sanderlings strutting and foraging for bugs and crabs among the rocks as they dash back and forth to the rhythm of the tides.

Stop in at the Port Townsend Marine Science Center where you’ll learn even more about the wonderful wildlife inhabiting the region. The Center has really cool—and kid-friendly—exhibits featuring inhabitants of our Northwest waters. After your visit, head up to the fort above and into the trees where you might catch a glimpse and an earful of little yellow pine siskins twittering as they fight for seeds.

Then, it’s back onto Highway 20 southbound, a left turn onto Highway 19 (aka Rhody Drive), and follow the signs to Marrowstone Island (State Route 116) where you’ll land at…

Bring on the brants! These ground-nesting goose relatives are fun to watch as they dip and dab at Fort Worden. Photo courtesy of Tom Talbot.

Stocky and darkly colored, the black turnstone doesn’t pack the flash of other shorebirds. But it’s a blast to watch them search for eats on the rocky shores at Fort Flagler. Dashing here and there, they flip over pebbles (which gives them their name) to find insects and crabs. Watch them compete for turf along the surf with the dramatically plumed blackbellied plover! Then set your sights on the horizon to spot cormorants and grebes diving for fish. Getting hungry? It’s just about lunchtime, so let’s backtrack to Highway 101 southbound and head down Hood Canal to …

Ducks lead the shorebird population at Dosewallips and are a delight to watch as you enjoy a picnic lunch. Pack your own, or stop in nearby Brinnon and for some take out to eat while relaxing at one of the park’s sheltered tables.

You might catch Eurasian and the more rare American wigeons dabbling in the saltmarsh slough grasses. See if you can spot lesser scaups diving for shellfish. Their gizzards are so powerful they can eat them shell and all! Take your binoculars to the alder-lined, .2-mile North Tidal Trail to the observation deck, and you may catch some majestic bald eagles fishing in the icy waters. Take a walk up the Steam Donkey Loop Trail to the pond and look out for the American dipper, North America’s only truly aquatic songbird.

Wildlife bonus: harbor seals are often sighted here, and Roosevelt elk make thepark a regular part of their herd migration. Feeling refreshed? Camera getting full of great photos? Save room, because now we are headed south on 101 again to…

Watching cormorants fish in the waters off Fort Flagler is one of life’s pleasures. Photo courtesy of Cindy Cornett Seigle.

Lesser scaups have some of the most formidable gizzards of any bird on the planet. Watch them fish for and swallow shellfish whole, like this one above. Photo courtesy of Tom Talbot.

It’s all about the hair, man! Red-breasted mergansers are some funky-looking ducks, to be sure, but pretty and fun to watch as they bob on the Hood Canal waters. Keep your ears peeled—that eerie call you hear might just be a common loon. These water birds only come ashore to breed. If you could see them under water, you might be amazed at the speed and dexterity of their submarine maneuvers as they pursue fish! Search the foliage for red crossbills with their unique beaks and cute little fox sparrows kicking up sprays of leaves in search of bugs on the forest floor. Noisy, bossy and bright Steller’s jays are common sights in Potlatch’s tree-lined north end. Now let’s swing back onto 101 and then a turn to the east on State Route 106 toward…

The warm Hood Canal waters and conifer forests at Twanoh State Park attract an avian extravaganza! Ruddy ducks dig bobbing about in the marshy areas near the gravel- and oyster shell-covered shore. Noisy, boisterous red-necked grebes love the gentle waters here and compete fiercely for territory with the goldeneyes and iridescently plumed buffleheads. Take a break in one of the rustic (and really cool) shelters built in the 1930s by the Civilian Conservation Corps and listen for tiny brown creepers chirping in the trees. Just one last stop to go! Continue east on SR 106 until it hooks up with Highway 3 in Belfair. Head south on SR 3 to Pickering Road, then take the Harstine Island Bridge and…

End your day the island way! Surf scoters frequent the park and are a pleasure to watch dive in the shallows. If you’re lucky, you might spot the occasional red-throated loonduring high tide. At low tide, you’re sure to spot Bonaparte’s gull  and other gull types lounging on the mudflats before retiring to nest in the trees. You also can access the park from the water! Jarrell Cove is on the Cascadia Marine Trail!